5 facts about the Canary Islands you didn’t know 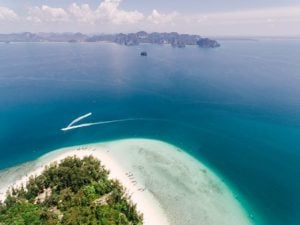 The Canary Islands have long been a firm favourite destination for Brits seeking sun, in fact British tourists make up the greatest number of visitors to the island, followed by Spaniards from the mainland and Germans.

With eight main islands and several smaller islands and islets to explore on the Canary Islands archipelago, there’s no shortage of places to stay and things to do. From the golden beaches of Fuerteventura to dolphin and whale watching in Tenerife, being in awe of the cathedral in Las Palmas to getting up close and personal with the wildlife at Loro Park, but there’s more to the Canaries than wall-to-wall sunshine.

Here are five facts about the Canary Islands you didn’t know.

The Canaries aren’t named after the birds

The etymology of the islands comes from the latin Insula Canaria, meaning Island of the Dogs (canines). And it’s canary birds that are named after the islands! It’s thought the island got its name because of the large population of ‘sea dogs’ – seals.

Tenerife is home to the highest mountain in Spain

Mount Teide on Tenerife is not only home to the highest mountain in Spain, but the third-largest volcano in the world. It’s even been the backdrop of many a Hollywood block buster, including Clash of the Titans and One Million Years.

They’re closer to Africa than Spain

The Canary Islands are located north-west of Africa to the right of Morocco’s coast. Fuerteventura is only 100km away from the coast of Morocco and is over 2,000km from the Spanish capital! Despite being part of Europe politically, the islands are considered part of the African continent.

La Gomera has its own language

Not only is La Gomera a hidden gem, but it also has its own language. Known as Silbo Gomero, it’s a whistling language invented as a means of communication across the ravines and valleys.

UNESCO awarded it a ‘Masterpiece of the Oral and Intangible Heritage of Humanity’ status.

The islands became Spanish in the 15th century

The islands only became Spanish around 600 years ago when they were handed over by the French and Portuguese in a treaty in the 15th century. Prior the Europeans calling the Canary Islands home – or at least using them as a base to explore the west, they were colonised by the Arabs in 999.

With direct flights from all major UK airports throughout the year, the Canary Islands is the perfect destination. Whether you’re looking for some family fun or to relax and unwind, just remember to book an airport transfer before you depart the UK, so that when you arrive everything is taken care of.