Choosing a Strong Password is a key to avoid Cybercrime 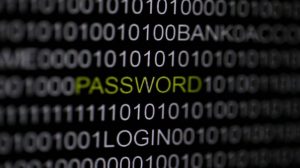 Choosing a strong password is a key aspect to avoid threats and cybercrime. That’s why NordPass, a proprietary password manager, revealed a list of the 200 most common passwords in the world, which are also the least recommended because they can be so predictable. Is yours?

To determine the list, an analysis of a database with passwords that were exposed in security incidents was carried out. The list of the most used in Colombia, Brazil, Chile, Spain and Mexico was also included.

Many people continue to choose weak, predictable and easy-to-guess passwords to protect their email accounts, social networks or other online services. On this occasion, ‘123456’ is no longer the most used in the world, as was usual in previous years.

The most used passwords globally

In the case of the list focused on Colombia, Brazil, Chile, Spain and Mexico, the most repeated password is ‘123456’. In addition, in our country the list is characterized because the variants of that number, such as ‘12345678’ or ‘1234’, are also widely used.

What this shows is a pattern that people often follow when choosing a password so that they are easy to remember. However, this makes them easy to predict. Especially in automated brute force attacks in which cybercriminals use software to test multiple combinations of email addresses and passwords in seconds.

The research also analyzed the passwords according to different themes such as sports, names of artists or musical groups, food, video games, movies or cars, among others.

In the case of the names of artists or musical groups, the most used were ‘U2’ and ‘Prince’. On the other hand, in the list of films, the most repeated were ‘leon’, ‘coco’ and ‘joker’.

The most used passwords by artist names.

The results show that it remains essential to make people aware of the importance of creating passwords that are long, difficult to predict, and unique to each account or online service. In addition, people need to know that all of this can be achieved using the a password manager on the computer or telephone, since these services cover all these needs.

The expert also recommended the two-step account verification system, so that security does not depend solely on the password.

« Sri Lanka: An exotic island in the Indian Ocean

Neo QLED 8K: Smart TV with the highest resolution in the Market »