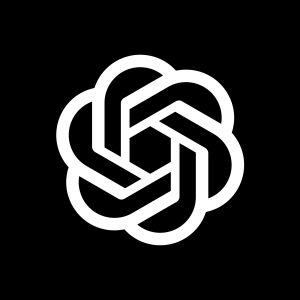 Microsoft and OpenAI go hand in hand, but it’s not just because of ChatGPT.

Microsoft has decided to deepen its collaboration with OpenAI. In particular, the Redmond company has announced the launch of a long-term collaboration with the company that has acquired great fame thanks to ChatGPT. A few days ago, information emerged that Microsoft was interested in strengthening its relations with OpenAI even more, after having massively funded its research, especially with a billion dollars paid from 2019, thanks to which became the exclusive provider of cloud computing services for the company.

In particular, rumors were that Microsoft is interested in an integration of ChatGPT in Bing, which should occur on the occasion of the launch of the next version of its search engine, which is expected to take place this year. Now, official information has emerged, with an official statement being released by Microsoft itself. In the press release in question, the company states that the long-term collaboration between the two companies has entered its third phase, the one that should have wide commercial repercussions.

In particular, Microsoft plans to increase its investments in the development, and deployment, of specialized supercomputing systems to accelerate OpenAI’s independent artificial intelligence research, also continuing to develop Azure, its AI infrastructure, with the express intention of help customers build and deploy their applications on a global scale.

Microsoft also states its intention to distribute OpenAI models in its consumer and business products, as well as the introduction of new categories of digital experiences based on its technology, based precisely on Azure Open AI, in order to enable the creation of applications state-of-the-art by programmers. Microsoft’s relationship with artificial intelligence has become increasingly intense since 2016, when the company committed to turning Azure into an artificial intelligence supercomputer for the world, destined to serve as the foundation for its tense vision of democratizing AI. as a platform.

The investment in OpenAI in 2019 and the collaboration undertaken further pushed the frontier of cloud supercomputing technology, leading to the launch of the first top 5 supercomputer in 2020 and the subsequent construction of multiple large-scale AI supercomputing systems. OpenAI itself was thus able to use the infrastructure created to train its revolutionary models, which will now be distributed on Azure in order to feed the artificial intelligence products that make up the GitHub Copilot, DALL E 2 and ChatGPT categories.