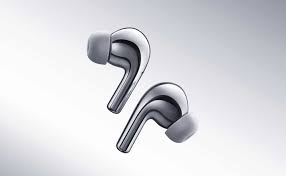 OnePlus decided to reveal in advance its new pair of wireless headphones, the Buds Pro 2, which will be officially announced during the Cloud 11 event, which takes place on February 7th.

The OnePlus Buds Pro 2 will be fully unveiled on February 7, 2023, but according to the manufacturer’s press release, they will set “a new standard for spatial audio technology”.

The new headphones will, in fact, be the first true wireless headphones to adopt Google’s spatial audio technology, developed for Android 13 to deliver a truly immersive, 360° listening experience. Regardless of movement, sound comes from a fixed location and ensures a 3D audio experience. The manufacturer has developed its own stereo mixing algorithm for a multidimensional effect.

Thanks to the collaboration with Google, OnePlus was able to optimize the technology to simulate an immersive and multi-dimensional cinema-style experience. This is done through the spatial rendering algorithm and the IMU sensor, which makes everything compatible with the various apps. The Buds Pro 2 are compatible with Android’s Fast Pair function, which allows quick connection with a single touch, and with the Audio Switching function, thanks to which two Android devices can be connected at the same time, exchanging the audio of one to the other without the user having to intervene manually.

“With Android 13, partners will be able to utilize spatial audio technology in their devices,” said Erik Kay, vice president of engineering for Android. “With OnePlus’ integration of this new framework, along with support for Fast Pair and Audio Switching, the OnePlus Buds Pro 2 series joins the Android ecosystem of connected devices to deliver the best user experience.”

To know all the other details of the OnePlus Buds Pro 2 we will have to wait for the official presentation on February 7, 2023, when the company will reveal the Oneplus 11 to the global market.

« “Puss in Boots: The Last Wish” was the most pirated movie last week