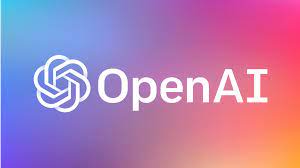 OpenAI launches “Pro” offer for ChatGPT with a paid subscription

ChatGPT is today the most popular conversational Artificial Intelligence of the moment, probably also because everyone can try it online and completely free of charge. OpenAI thought it was time to monetize its marvel and that’s why it has just launched a subscription offer clearly aimed at professionals.

The ChatGPT “Pro” thus costs 42 euros/month, and for this significant amount, the subscriber will benefit from small additional advantages. ChatGPT requests from subscribers will thus have priority in the queue accessing the server (including during peak hours), which will avoid endemic slowdowns in the system.

It will also be possible to launch an unlimited number of requests, which confirms the professional orientation of the subscription.

OpenAI also promises new functions… which have not yet been specified. Between this signing and Microsoft’s heavy investment ($10 billion at stake for ChatGPT), OpenAI’s accounts shouldn’t fall into the red, which bodes well for future developments of the GPT engine.

« Samsung TV Plus expected to arrive soon on TCL TVs

“Puss in Boots: The Last Wish” was the most pirated movie last week »