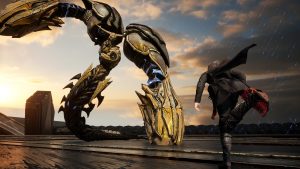 Sony Interactive Entertainment continues to forge close ties with third-party publishers and has been interested in Chinese studios for some time, a logical choice given the quality of projects submitted over the past 2-3 years.

PlayStation will therefore be the publisher of the action game Lost Soul Aside and the cooperative TPS Convallaria, two games that were already revealed a few months ago. Sony Interactive Entertainment’s Chinese subsidiary confirmed these distribution deals during a conference in Chengdu.

It is worth remembering that the China Hero Project has already financed titles such as ANNO: Mutationem or FIST: Forged in Shadow Torch, titles that are obviously exclusive to the PlayStation platform.

« Cash Out Bitcoin Instantly – Challenges to Look Out For

Cyber Attacks – What to expect and how to protect yourself? »