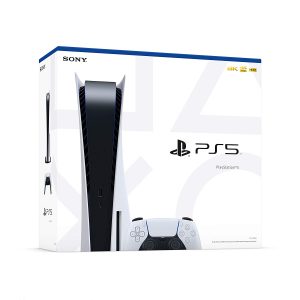 Every day we see users complaining about the shortage of PlayStation 5. The truth is that after almost 2 years, it is still very complicated to buy one of the new new generation consoles, from Sony, but that was something that the Japanese company already had warned. The shortage of components compromises the console’s production, and in turn, its stocks.

To end this shortage, Sony has no choice: it must imperatively increase its production to finally meet demand. Last June the company managed to surpass the mark of 20 million units sold, and the company had already promised a significant increase in supply and, in fact, it seems that it is preparing to flood the market from the year 2023.

According to leaker Tom Henderson, the company intends to produce, and sell, something like 30 million PlayStation 5 units, which will hit stores during the year 2023.

For that, Sony would rely on the PS5 Slim that made headlines a few days ago. It is still not very clear how this new model will allow the manufacturer to increase its production. On the other hand, it should give players more options in the store, especially since if it’s a cheaper model, it’s a safe bet that many will finally be tempted after two years of waiting.

One thing is for sure, Sony really needs to solve this scarcity problem once and for all. If sales are far from disappointing, the company risks widening a significant gap with Microsoft and its Xbox Series X, while drawing the ire of gamers already unhappy with the situation. At the risk of turning into drama, it is therefore the future of PlayStation 5 that will be at stake in the year 2023.

Samsung Galaxy A54 will have a 50MP sensor »