The Beauty of Florence Through its History 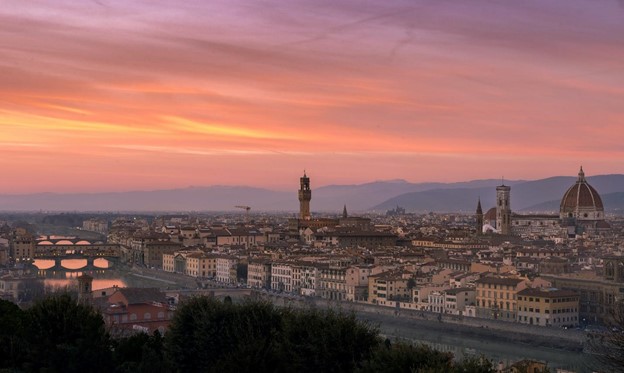 Florence is the perfect place for historians. Originating as a Roman City in 59 BC by Julius Caesar, the city spent a long period afterward flourishing as a medieval commune. This settlement between two rivers for veterans was set up as an Army camp and continued to flourish.

Florence wasone of the most important cities in Europe culturally, economically, and politically from the 14th to the 16th centuries. In fact, it was where the Italian Renaissance began between the 15th and 16th centuries. This period marked the transition from the Middle Ages to modern times.

Today, the city of Florence boasts over 70 museums, galleries, and monuments to explore. From the Accademia Gallery to the Uffizi Gallery, there are a plethora of historic sites featuring art, history, archaeology, and more. If you are exploring museums after a shopping spree, leave your parcels and bags at a luggage storage locker first, to enjoy the rest of the day hands-free. 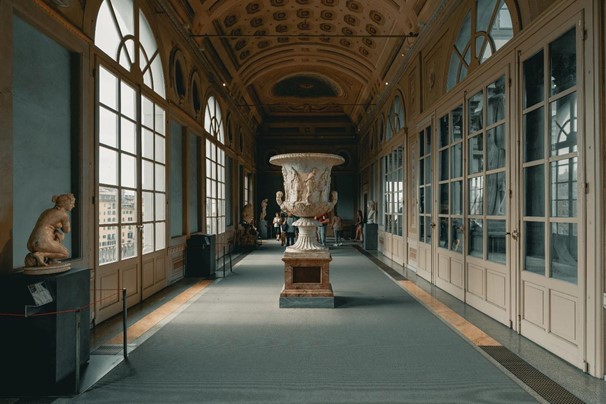 This museum houses four collections including 175,000 invertebrates, 8,000 fossil plants, 5,000 rock collections, and 27,000 vertebrates. From the Paleozoic era with Pliocene mollusks and phyllites from the Strozzi collection and the rocks of Tibet, Ethiopia, and Somalia to mammals from the Pliocene period, you can see it all here.

Founded in 1946 by Paolo Graziosi, the collections in the Museum of Prehistory feature items from the Paleolithic through the Iron Age. Illustrating the history of humans from 2.5 million years ago in Africa as well as pile dwellings in Switzerland, the museum also has notes and photos from Graziosi’s research from 1928.

This museum was inaugurated with King Emmanuel II in 1870 with Roman and Etruscan remains such as the Chimera of Arezzo from 400 BC and the Idolino of Pesaro from 30 BC. Other collections since then include Lorraine and Medici family works, as well as an Egyptian section from the 18th century. 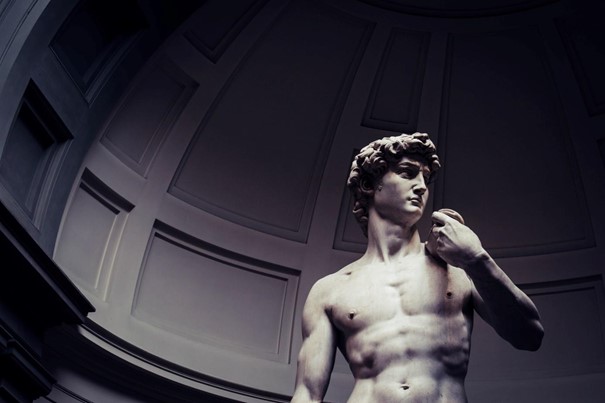 See Michelangelo’s David, which is the world’s most notable statue at the Accademia Gallery. You’ll need at least two hours to explore, starting with the halls such as the Hall of the Colossus, the Tribune, and the Hall of the Prisoners. Don’t miss Allori’s Coronation of the Virgin Mary in the Tribune’s Left Wing.

The first floor of the Pitti Palace, once the home of the Medici dynasty, is now home to more than 500 works of art. Mostly Renaissance art, the artists you will see include Pietro da Cortona, Correggio, and Perugino. The baroque style of art in the Cortona rooms are the most popular.

One of the most popular galleries, the Uffizi boasts works from Giotto, Rembrandt, Caravaggio, Raphael, Michelangelo, da Vinci, and more. Open since the 16th century, it features over 100 rooms with thousands of pieces. See Flora by Titian, The Annunciation by da Vinci, and The Holy Family by Michelangelo to name a few. 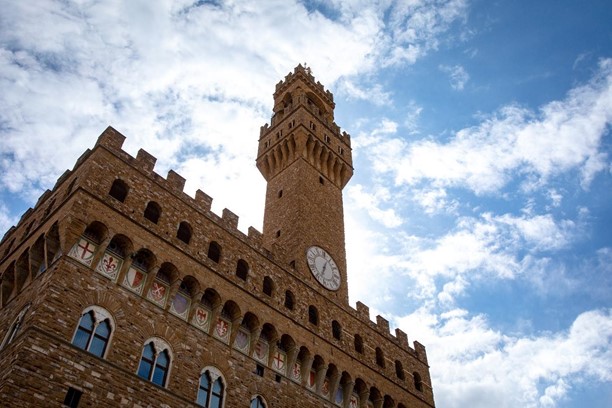 Take a trip back in time through three eras with a Medieval fortress, Roman ruins, and Renaissance chambers. The building was built in 1299 on top of the ancient theater of Florentia, which dates back to the 1st century. The underground level takes you down to see the ancient ruins. A stunning history lesson awaits here.

John Temple found the 10th century Vincigliata Castle in ruins around 1840 and decided to restore it. In WWII, it housed many distinguished military prisoners in a sort of pampered POW camp. Today it is popular for weddings, wine tastings, and fancy dinners, but it is a must-see for historians too.

This neo-Gothic castle has a magnificent tower, which makes a fantastic photo op against Settignano Hill. Built in 1921 by Adolfo Coppedè, the castle features panoramic points and lookout towers to see the countryside from a unique vantage point. 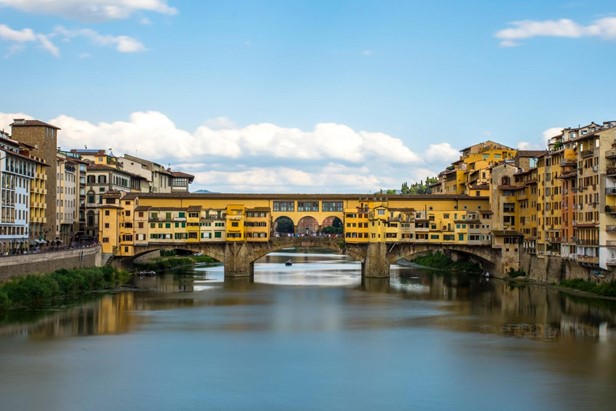 Built sometime in the 9th century, this bridge is one of the few in the world to still have shops along its walls, which was common in the Middle Ages. Besides the history and beauty, you can also find souvenir shops, jewelers, and cafés. It is also a great place to see the Arno River and get some selfies.

Founded in 1330, this plaza is the main point of the Florentine Republic as a meeting place of Florentines as well as tourists. There are several important structures to see including the Palazzo Vecchio, Loggia dei Lanzi, and the Palazzo Uguccioni. Also, don’t miss the sculptures, which include reproductions of David, Hercules, and Perseus.

Also called the Byzantine Tower or Straw Tower, this tower is found in the Piazza St. Elizabeth in the middle of Florence. Nobody knows who made it or when it was built, but it has been there since the sixth century at least and sits atop the ruins of an ancient Roman building.

Chapels and Other Religious Buildings

One of the most popular structures in the world, the Duomo is part of the Florence Cathedral, built in the early 1400s. The magnificent dome features a lantern on top with a copper sphere and cross on top of that. Interestingly, the cross was struck by lightning in 1600 and replaced by a larger one in 1602.

Consecrated in 393 by St. Ambrose of Milan, the church is home to many historic sites. Artist Donatello is buried in an underground chamber next to Cosimo de Medici. The library has over 3,000 manuscripts collected by the Medici family. And the sacristy was the first accomplishment of artistic and cultural works in the early Renaissance.

Built by the Vallombrosians in the 11th century, the Santa Trinita is a Romanesque-Gothic style church rebuilt in the 1500s, but you can still see some of the ancient ruins. It is full of art, especially the Sassetti Chapel where you can see a painting of the birth of Jesus dating back to 1585 as well as frescoes on all of the walls. Don’t miss the Holy Trinity altarpiece by di Nardo in 1416.

Regardless of where you go in Florence, there is history all around. In fact, the locals call it a giant open-air museum. Unlike any city in the world, Florence has a plethora of historic sites and structures to see. You probably won’t get to see it all on your visit unless you stay for several weeks or months. But you can always come back.