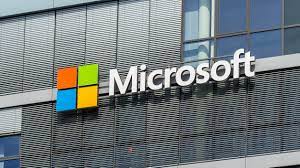 NTFS (New Technology File System) now begins to do its farewell honors. Released in 1993 with Windows NT 3.1, he owned the Microsoft system that was largely democratized with Windows 2000 and Windows XP.

So much so that today it is found everywhere and that competing operating systems now support it, either natively or using third-party software.

But here it is: Microsoft has decided to replace NTFS with another file system, called ReFS (Resilient File System). Launched in 2012, together with Windows 8, this format was for a long time reserved for the various editions of Windows Server. Since Windows 8.1, it is possible to support ReFS volumes, but not install the operating system on them. Users of client versions of Windows, therefore, were never really able to take advantage of this file system. However, that should be coming very soon with Windows 11.

With Windows 11 build 25281 (available through the Windows Insider Program Dev channel), ReFS is supported. This resource allows, on the one hand, to format a secondary hard disk in this format, but also to install the operating system on it.

Note, however, that the operation of this option remains very uncertain at the moment: as some users managed to configure Windows 11 on a ReFS partition, but many others did not. Also, it is not active by default.

But by the way, what is ReFS? According to Microsoft, ReFS is “designed to maximize data availability, efficiently scale large datasets across diverse workloads, and provide corruption-resilient data integrity. This system is intended to support more storage scenarios and provide a foundation for future innovations.” Simply put, it is an improved version of NTFS, which makes managing large volumes of data easier.

Does this mean that Microsoft will quickly abandon NTFS? Probably not, at least not immediately. But it is highly likely that the file system will be offered in upcoming Windows 11 builds at install time. And that, in the long run, Microsoft favors it over NTFS, which is starting to show the weight of years when it comes to processing large volumes of data.

Real Estate Insurance and Why is it Important? »