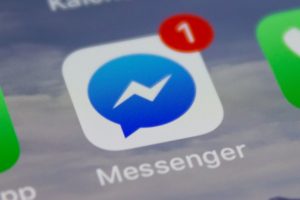 Meta, the company that owns Facebook, is working to make end-to-end encryption available on Facebook Messenger, which is Facebook’s instant messaging platform. This happens after having done the same in WhatsApp (for all chats) and Instagram (can be activated manually for individual chats). Added to this feature is also the possibility of customizing encrypted chats, thus giving users complete freedom of expression and bringing the app to compete with competing services such as Signal and Telegram.

Let’s start right away by saying that end-to-end (E2EE) encrypted chats represent an important ally for the protection of privacy, as they make it possible to make messages sent and received inaccessible to third parties, including the service provider itself, which in this case is Facebook. Meta started testing E2EE chats by default in August last year, but is now expanding that testing to more users.

Previously the function did not allow any type of personalization in case of activation of encryption, but now that Meta has transferred the personalization functions also to encrypted chats, it is possible to define themes, including static colors and gradients, send reactions, define group profile pictures , view icons that indicate whether it is active, and view links that show more information about the related webpage’s content.

In addition, all Facebook Messenger users on Android devices can take advantage of the ‘bubble’ function for E2EE chats, which allows you to access conversations quickly even when interacting in other applications.

When can we customize encrypted chats on Facebook Messenger?

Encrypted Facebook Messenger chats have been available for some users since last year, but they are not active by default, and to activate you need to go to the individual chat settings. This is a rather complicated process if you don’t know in advance where to find the right option. Last year, Meta said it was on track to introduce E2EE by default in 2023, also indicating that the cause of the delay was due to security concerns. Apparently, even if a well-defined expiration date has not been stipulated, given the intention to expand the function to an ever-increasing number of users, very little seems to be missing.